I can’t believe it has been a year already, but it is that time again, time for the Foundations Revealed competition! I love participating each year, challenging myself to design to the theme and try some new techniques. The theme this year is Once Upon a Time, with the goal to create an outfit for a literary character. With my intense love of books and stories, you couldn’t have picked a more exciting theme! The only problem is choosing which character.

My current obsession is The Starless Sea, by Erin Morgenstern, so it didn’t take me too long to settle on that, and the character Mirabel. Mirabel is such an intriguing and inspiring character, and The Starless Sea is full of vivid imagery and symbols, leading to lots of design ideas. 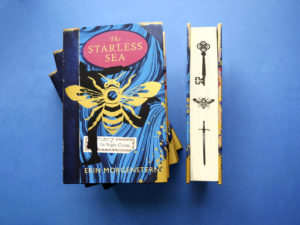 This design draws inspiration from the white ball gown Mirabel wears twice in the book, when she is dressed as Max, the king of the wild things, for a literary ball. This dictated the predominantly white colour, and the golden crown she wears. A crown is also an important symbol in The Starless Sea. The three main motifs of the story, the bee, key and sword, are hand embroidered on the center front panel of the corset.

Story spoilers ahead, read at your own risk!
Mirabel is more than just a character in a story, she is Fate, the sculptor of stories, creating doors to be opened and paths that one may choose to tread. She has a close link with the bees, the story builders, so the corset is adorned with brass and embroidered bees. The owls and the owl king are harbingers of change, the ending of the story and beginning of the next, and are intertwined throughout Mirabel’s story. I was particularly inspired by a scene of the owls flying through the twilight caverns as the sea rises and the story comes to an end, so I tried to recreate this flight on the skirt. As one travels up the dress, we have the owls bringing the end, and the bees crafting the next beginning,  echoing Mirabel’s own story.

To challenge myself in the construction of the gown, I chose to make a silk bobbinet corset with unusual paneling, flowing seamlessly into the skirt of the gown. The patterning was definitely a challenge, involving 29 panels across the corset alone. The opaque sections of the corset and the boning channels are silk dupion flatlined to coutil, the bobbinet sections are two layers of silk bobbinet, and the skirt is silk organza lined with satin.

The bee, key and sword embroidery were done before assembling the corset and skirt panels. There was one fitting at this stage with my lovely model Miss Twisted, then all the silk boning channels were constructed and the boning cut to size and inserted. The top edge of the corset was bound with silk bias and hand finished.

On one side of the skirt I wanted the hem to fall in soft waves, reminiscent of waves on the Starless Sea. To achieve the soft twilight colours at the hem of the skirt, the silk organza was hand painted with dyes in blues and purples. The waves were carefully separated and painted so each layer maintained its ombre effect.

The owls are made of two layers of the silk organza fused together, so they are stiff enough to hold their shape but able to flutter their wings as the skirt moves, then hand sewn to the skirt. There are seventeen owls, each different, and shaded by hand with the same dyes from the skirt.

Some of the bees are brass, while the remainder are embroidered onto silk organza, in varying densities of thread so that there is depth and texture among the bees. By hand sewing them to the corset only at the body, the wings are able to sit out freely. To create the idea of bees taking flight from the corset, I made a gold wire halo that slots into sheathes on the inner layer of the corset, and attached bees to the halo. There are also bees pinned into Mirabel’s hair. Iconically, she has ombre pink hair, but unfortunately the ombre wig did not arrive in time, so we used a back up pink wig for this shoot. 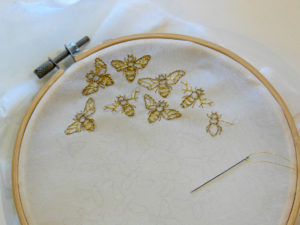 My gorgeous model Miss Twisted makes a lovely Mirabel, and we photographed this with Sol Santana Photography. Here are the finished photos.

We also made a little video to show off the fluttering of the owls, shot and edited by Lisa Paech, with music by Keys of the Moon. 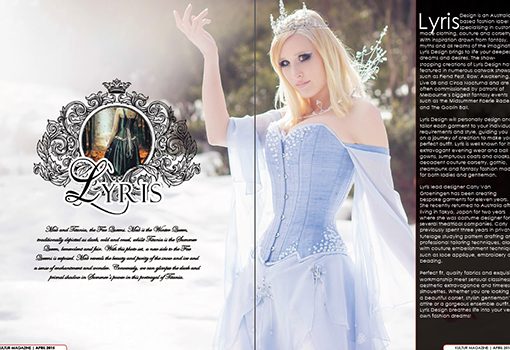 We are honoured to have had a massive feature published in Kultur Magazine issue 44.1! The feature showcases Miss Twisted and Angeline […] 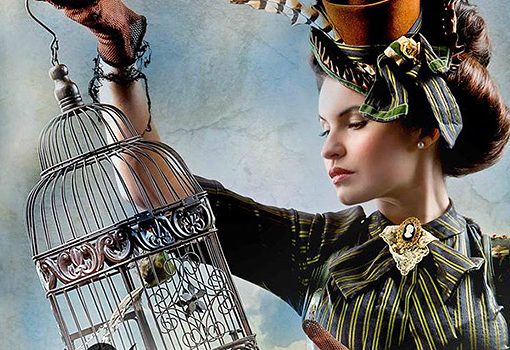 We had an exciting time on the catwalk again last Friday! My team of models are the loveliest and most stunning creatures […] 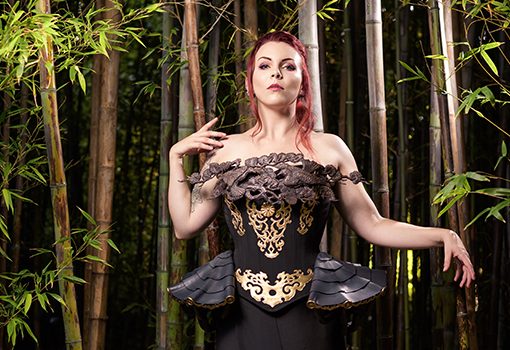 It’s that time of year again, the Foundations Revealed Contest! This is an international corsetry and historical fashion contest. Last year my […] 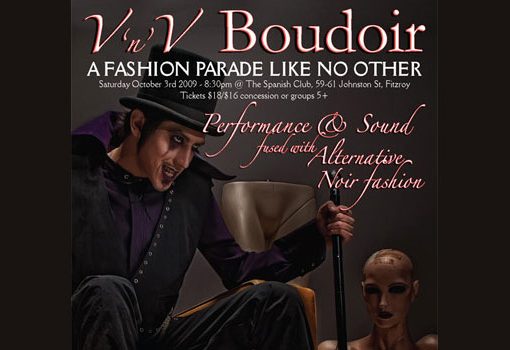 September 21, 2009 – Lyris Design is proud to be dressing the deliciously beautiful burlesque dancers from Bottoms Up Burlesque in their […]